Blog >> The origins of philately

The origins of philately 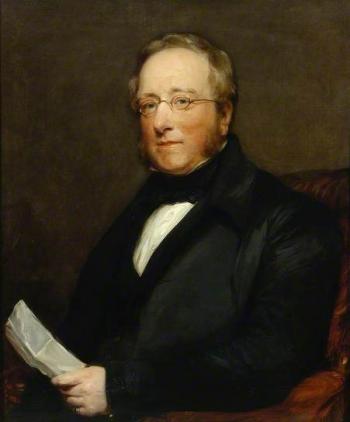 The oldest collection of stamps was created before discovering stickable postage stamps. It belonged to John Burke (main collector of stamp duty in Ireland), who started collecting revenue stamps in 1774. The father of philately (stamp collecting specifically) we consider dr. John Edward Gray (curator of the zoological department of the British Museum), which was interested in postal reform and denied later Rowland Hill his right to the invention of stamps. Gray bought the first signs (several pieces of Penny Black) on the day when they began to sell (1 May 1840). He added more stamps a week later with buying blue twopenny stamps. Gradually, as they were issued, more and more stamps grew to its collections. Dr. Gray created one of the oldest catalogs of stamps in 1862. During the following ten years thousands of stamps were issued in about twenty countries and as their number rose the number of philatelists rose too.

Business with stamps began to flourish especially in Belgium, by Louise Hanciaua and Jean-Baptiste Moens, which became the leading traders in this field. The Englishman Edward Stanley Gibbons is also considered as important trader. He in 1856 had sold South African stamps as 16 years old in his father's shop in Plymouth. The stamps he bought from two sailors. Nine years later he published his first catalog, which became the ancestor of catalogs, as we know them today.

The first catalogs and magazines

In 1861 catalogs began to publish in France directed by Oscar Berger-Levreult and Alfred Potiquet. Soon after, there were the first magazine focused on philately. One of the oldest was called The Stamp Collector's magazine (first published in February 1863), which vividly described the sale and exchange of stamps in Birchin Lane in Cheapside in London, where the meetings took place regularly in the open air. Furthermore, the magazine dealt with the encounter of the first philatelic enthusiasts called Timbromaniacs in Luxemburk gardens of the Tuileries in Paris.

Timbromaniacs because with this name were originally described the followers of stamp collecting. The word is originated from the French word timbre (stamp). The name itself comes from the Greek philately: philos = love, a = not, telos = fee. The negative is there probably from inaccurate knowledge of Greek (literal translation is a lover of non-payment of fees, which denies the functions of the mark) and the Greeks themselves use the term without negative: philotelia for the stamp collecting enthusiasts.

The beginnings of philatelic club

The Rev. F. J. Stainforth had been responsible for the first organized meeting of philatelists in indoor areas. He took the organization on his shoulders after the police began to struggle crowds on the already mentioned Birchin Lane. In the 60 years of the 19th century philatelists met every Saturday afternoon at his rectory at All Saints in the heart of London. Ch. Dickens describes this site in his novel Dombey and Son. The most famous participants of these meetings were editor of The Stamp Collector's magazine Mr. Ch. W. Viner, one of the first authors of catalog stamps Mr. M. Brown or Sir D. Cooper, who became the president of the Philatelic Society of London (founded in 1869 in London). The company today called The Royal Philatelic Society still exists and is the most prestigious in the world. French introduced the scientific approach to philately. They perceived imperfections and inaccuracies on postage stamps. In 1866 Dr. J. Legrand invented serrationmeter and a little longer he began writing essays about watermarks.

Women in the early days of philately

Among philatelists were not only men, women also played a considerable role in this field. One of them was Ch. Tebay who helped in the organization of the oldest London exhibition of stamps. A. L. Fenton contributed to philatelic magazines, however, as was then customary, she used a male pseudonym H. Camoens.